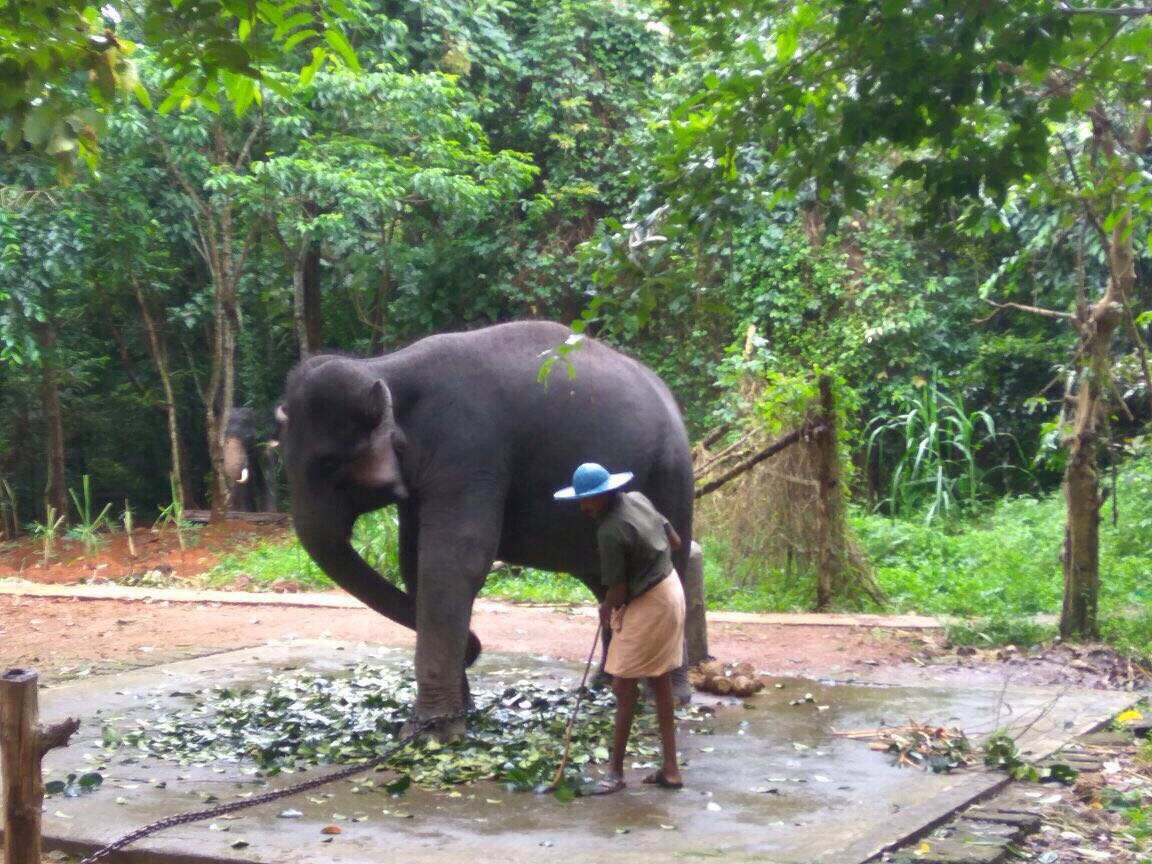 He is not what he looks in this pic. He is a son of an independent, brave man. A boss at first look. He was the one who was like a manager of the place, a reason behind all the hospitality received in the ‘Elephant park’ when it was opened. Infact his ancestors owned this place. They ruled the place happily. No one was harmed. They ensured they lived closely with nature, lived a simple, yet magnificent life. Others admired them for their elegance and power.
Oh cruel humans.., started converting forests into houses, building, amusement parks and zoos. And he was put in the zoo. How fake of these humans to feel proud for having a little elephant , chained, fed, bathed, surrounded by trees ! If at all, anyone knew the reality of how life was once, when the zoo was actually a forest, original home of these elephants – their  real paradise.