While I see entire world writing movie reviews or talking about the family bonding and emotions of the movie, there is another emotion that is kindled in me, which almost 90 out of 100 women would be able to relate.
Yes, the main incident of harassment. As a lady, most of us would have experienced incidents like boys making comments when we cross them, conductor trying to touch our hands in bus, the bad guy in back seat trying to reach our body parts, roadside rowdies hitting while crossing etc.. Infact these are incidents that starts in our teens.. which make us scared, annoyed and finally strong to face the society.  When a lady says “she is so worried about growing up her daughter in this society, it is not the newspaper stuffs and media info that fears her. But, every woman would have experienced some uncomfortable incident .. however bold she handed it .. she doesn’t want her daughter to experience. ”
Coming to the secret one.. I am a daughter of a lady who taught me how to be bold, how to be independent and she taught me that “there is not one thing called success, our positive thoughts and attitude makes our life successful”. So, my teens and adolescence , I grew up as a girl who faced each of such incident boldly, talking back, as a fighter but only the bathrooms and lonely places have seen my fears and tears behind. However, I had a strong feeling that women can be so equal to men and nothing can be make us down blah blah all revolutionary thoughts, until those boys in my college really made me feel as a low gender at one point of time.
Just like any other college and class, my class also had those rogues, who used to come with pan, smoke, whistle and throw paper rackets on girls. E.., V.. ,S…, K… and the gang… When they behave so bad with the girls, and we used to gossip about it during break times,one day I lost my temper and stood up and shouted at them. He said he will slap me. I replied “Do you want the whole college to talk about my return slap?” and he walked away. Then this kind of arguments and fights increased between us. After many years, I understood why none of the other girls were with me, when I was boldly fighting. (Throwing stones on dirt makes us dirty logic)
Each argument, I always gave a counter to prove there is no way a girl is less powerful than them. Finally came the semester exam time. It was the time when Orkut was released new. I got a call from one of my friend saying “pls check your orkut immediately.. there is some vulgar comments about you” and I got to check from hostel internet lab and was broken to see that these boys created a profile named “B**Bs” and posted dirty things on my wall.. I deleted, but could not restrict access as there were no security policies in orkut that time. Next day, I was more upset to see that they had guessed about the color of my inners and wrote about the boys with whom I speak… That is when I realised I could NOT or NO MORE  give a counter. I finally deleted my orkut account and cried the whole night , infact the whole week.
I became an introvert, hated the last days of my college life, stopped being the “joyful” me… I very badly wanted to talk to their parents and ask their moms “aint they shamed of growing up their son as such a***s ? ” But , my better half advised me that best is to avoid and move on, he helped me come out of this incident emotionally..
I am now leading a happy life, but this dark irritation inside me had disturbed too much. I want to ensure I dont even hear their names but came to know that most of them after a year or so, got into software field and now they have families and kids. I still dream like I meet their family casually in a movie hall and just tell his wife how I troubled. 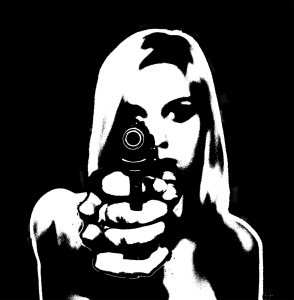 If I had told my father about the incident, I am sure Papanasam real story would have happened for those boys. My husband who was  more practical and who wanted me to complete my semester and come out of the incident, taught me how to get peace by avoiding the issue. He taught me patience and practicality. Still, there is a burning fire inside me which wants me to just burn those guys, at least tell their wives and daughters how dirty they are.
Now, they might be acting as gentlemen, maybe a PL or manager in IT industry, son in law, father etc in the society, but they are stray dogs, cheapest creatures according to me.
Today when I was watching the movie, during the last scene, when the guy’s parents ask sorry to Kamalhassan and felt ashamed of pampering him in wrong way, I really had a real feeling that each of the guy’s mother is crying to me,,
I dont like writing too lengthy blogs but this one is different so pls dont mind… We can say all logics and share plenty of philosophical quotes on how to stop / reduce harassment for women.. But, end of the match, the bad men have a weapon of physically harassing us and making us feel ashamed..
I personally did not find a solution, I wish one day some kind of solution comes for women’s body not to be used to make her cry. It is really ok if her bra is seen, its not her mistake. Each time when she steps out of the house, she has to be cautious of her dressing, looks, top to bottom.. it is such a mental pressure that today many women stopped bothering ! It is a pain , a real pain  to face a harassment even by looks. There is a difference between bird watching and troubling.  Men : Please dont take an advantage that you dont have a cleavage or physical attraction that can trouble you.
I feel successful on many other areas in life, but not sure of this incident. I just moved on to make my life easy.. I am sure there will be some kind (maybe a smaller or bigger) of nasty incident inside 90 of out 100 women that is a deep dark secret.
With mixed emotions, closing this blog.. I hope some guy reading this blog feels the pain and stops troubling the opposite gender ! Btw, Loved Papanasam movie 🙂